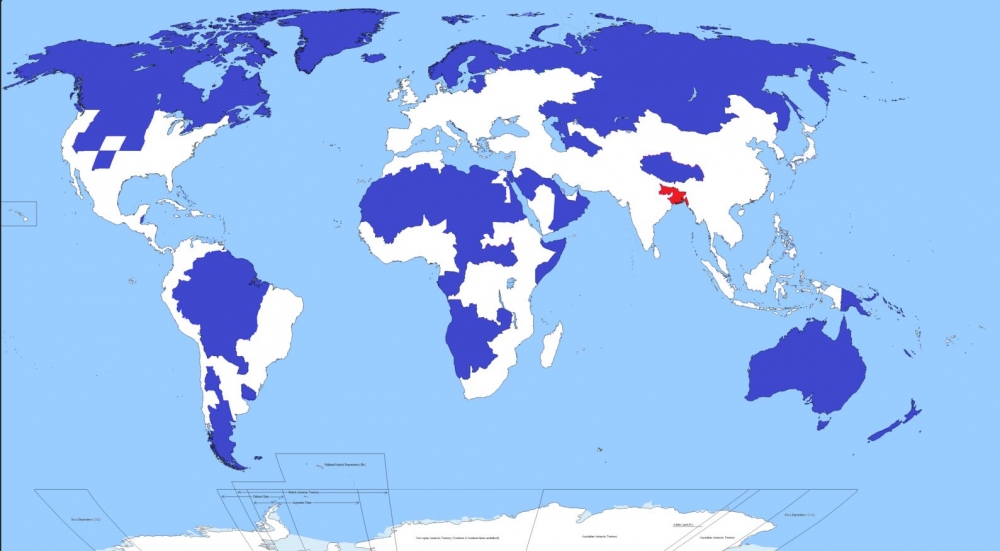 A different way of looking at the world

One of the things that interest us at Lizard Point are visualizations that provide a different perspective on the world we inhabit.  Maps are especially good at this.  And not all maps have to be physical (showing geographic features) or political (showing state boundaries).  The map above, recently featured in the Washington Post, is a World Population Cartogram.  According to Wikipedia, A cartogram is a map in which some thematic mapping variable – such as travel time, population, or Gross National Product – is substituted for land area or distance. The geometry or space of the map is distorted in order to convey the information of this alternate variable.  I think you would agree that the perspectives provided by this map are quite different that the maps we usually see.

Any insights you get from the map depend on your own perspective.  For instance, we at Lizard Point live in Canada, a huge country in terms of land mass.  But as the cartogram illustrates, a very small country when it comes to population.   Even our neighbours to the south in the populous United States, shrink a little when compared to the populations of India and China.  A few other surprising insights that we found;

No doubts, you'll have some insights of your own.  We encourage you to visit this and other interesting maps from the Washington Post website embedded in a fascinating article by Ana Swanson entitled, The best places to be alone all over the world.

And don't forget that Lizard Point quizzes has population (and much more) information about all the countries in our site.  Just click on the 'study' button.