We discovered geocaching quite few years ago.  For us at Lizard Point, it was the perfect combination of geography, nature, technology and general geekiness.  It also gave us a fun, cheap, and easy way to engage our kids when they were young.  In looking for an item of interest to geography teachers, I went searching for examples of integrating it into lesson plans.  Reading the piece, A geocaching treasure hunt helped my students learn about the landscape in the Guardian, by teacher Stephen Lockyer, made me think that this idea has occurred to a few of you.

In case you haven't geocached - it's really simple.  Go to the official website and get a free account.  In five minutes you can bring up a map of your neighbourhood and find pointers to caches that others have hidden away.  I bet you'd find 10 within walking distance.  You then note the GPS coordinates and you start your hunt.  It's even easier if you just download the free app to your smartphone.  After some trekking around and (perhaps) peeking at clues - you'll discover the cache.  It will always contain a log and often some little trinkets.  The idea is to sign the log, exchange some trinkets if you like, and record the find with the app.

Stephen worked geocaching into an outing that he had already planned and was able to integrate map reading into the lesson.  His class was so engaged that they began a program to create and hide geocaches in their own neighbourhood after the field trip.

As the photos illustrate, our family always includes some geocaching when we're on holiday.  These were taken on a beach in Scotland.   And I can almost guarantee that you'll find some sights off the beaten path and well worth the hunt. 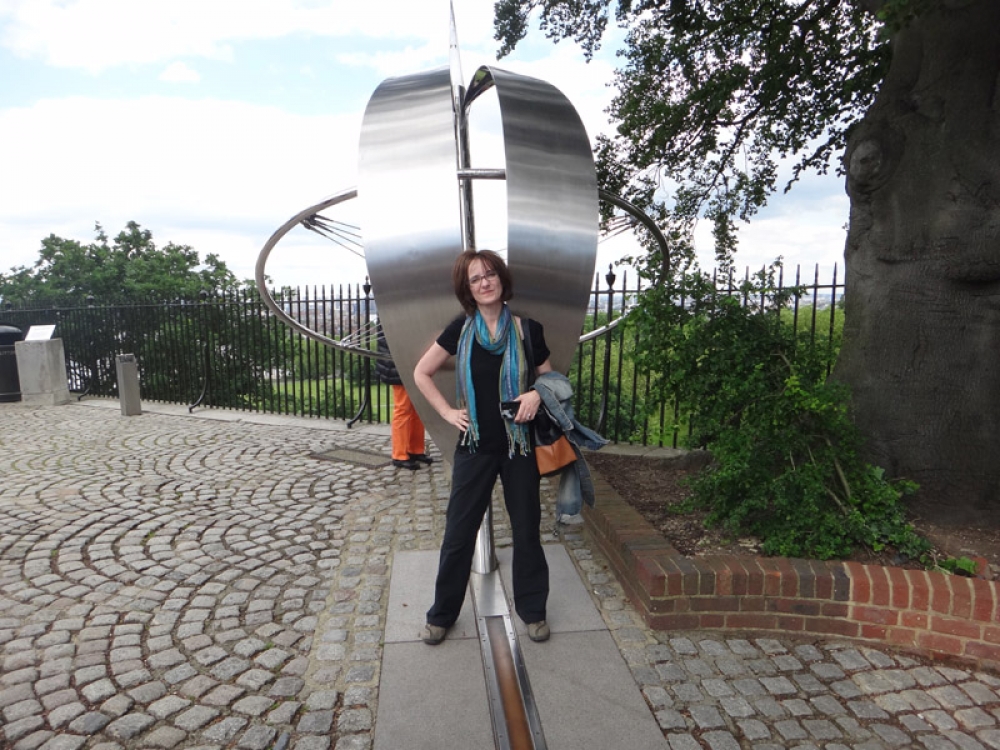